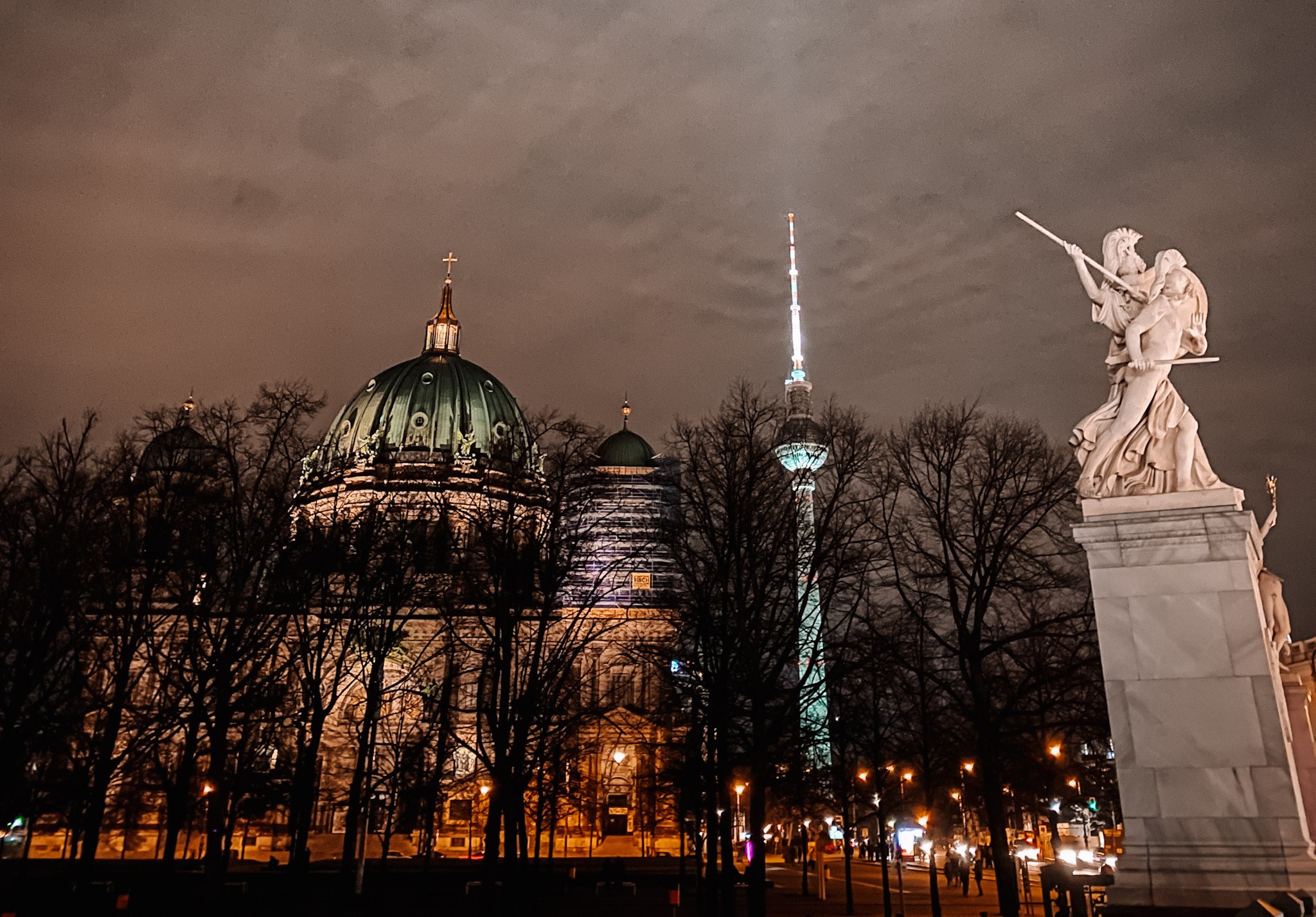 Berlin is the capital city of Germany. For those who like History, this place is full of it! Berlin was the center of World War II (1939 to 1945) and because of that it was split into sectors – American, British, French and Sovietic, leading to its diversity today.

Berlin welcomes everyone and people are free minded. There you can be whoever you want, even yourself, and I find that beautiful. You can wear whatever you want and nobody will look or even judge you. You will notice that a lot of people wear black clothes, and it is known as Berlin style.

Accommodation can be quite expensive. We stayed at Mercure Hotel Berlin am Alexanderplatz, which was very central to everything.

Berlin’s transportation services work very well day and night. There is the S-Bahn, which is a railway system around Berlin, the U-Bahn which is equivalent to the metro, trams and buses. If you’re arriving from Schönefeld Airport, where the low cost companies operate, you can take the train (RB14/ RE7 / S9) to the city centre and it costs 3,60€ one way.

The city is quite big to wonder around on foot, so if you are staying less than a week, like 3 days, you can buy a daily ticket which costs 8,60€, while the 7-day ticket costs 34€ so just see what it’s worth to you. If you are doing less than 4 trips a day, then it will be worth to buy the 4 trip single ticket, which costs 9€ and you can use it whenever suits you. Don’t forget to validate!

Where to go out

Unfortunately the weather wasn’t the best, so we missed the nice and green areas all around Berlin. I definitely have to go back during the Summer to enjoy the parks.

Berlin is the most open/ random/ disorganised city I ever been to and its atmosphere makes me feel happy and free.