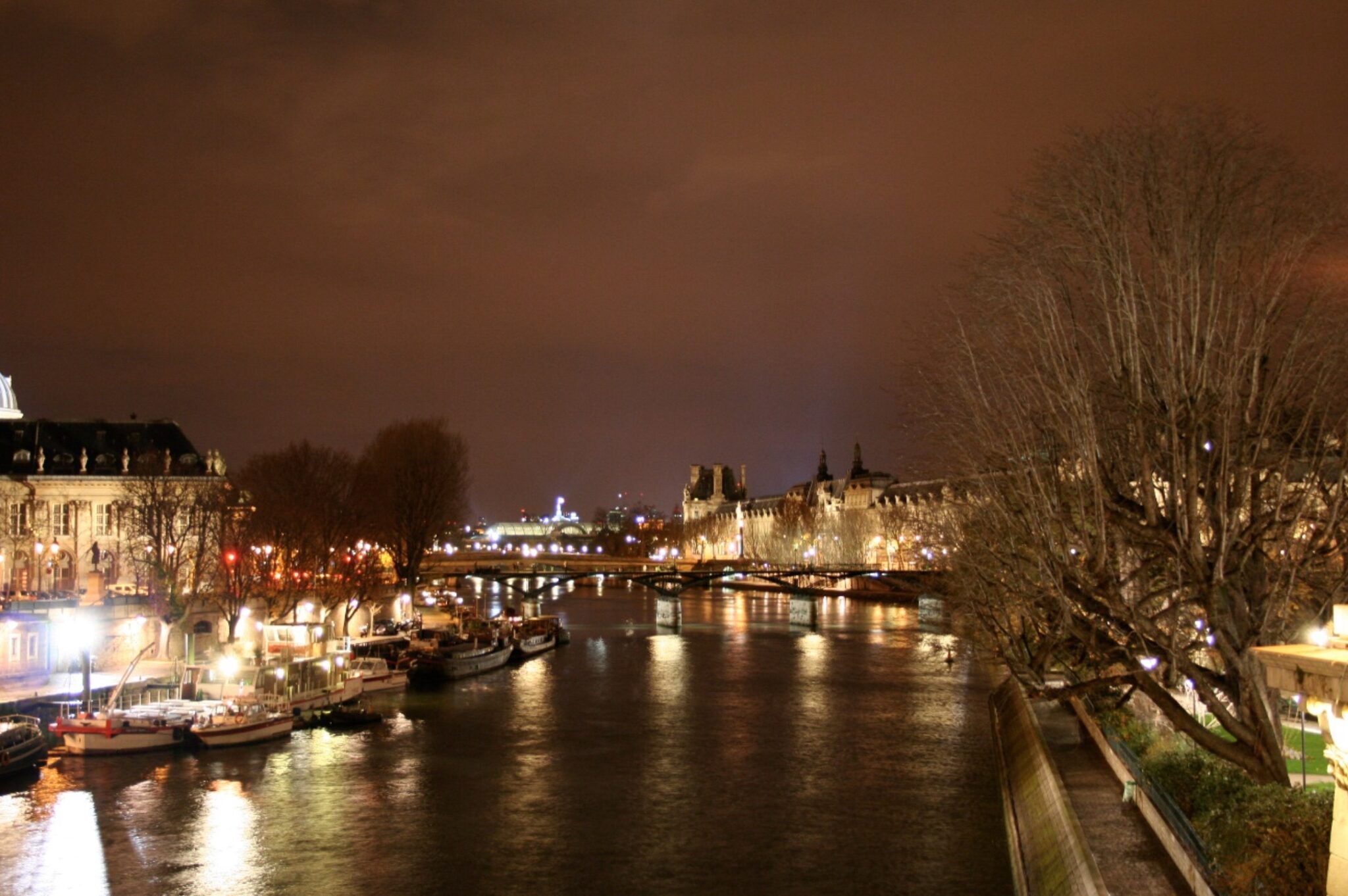 From Paris to Bangkok… and forth – by Filipe Oliveira

Old Siam was our longest and latest adventure, but I guess we can fairly claim Paris to have been pretty much our first. We’d gone places before, but are beach destinations (pretty as they may be) really worth mentioning to the real Traveller?

Now, I know you don’t remember everything about Paris trip number one, back in 2009… so I’ll offer my own recollection of an episode. Standing as we were on one of the bridges, there was an extraordinary night view of the Seine and the city, including a bit of a quite distant Louvre. I wanted to walk there, and made it known, and so did you. Everyone else was too tired, or unwilling, but we went anyway.

It should be just before 1 a.m. when we got there, because as you are trying to find the best angle for a photo, a guard came to tell us the lights were soon to be switched off. We hurried to take a couple of photos (this one included), which is probably why it’s blurred and the light is not so good. The guard then offered to take a photo of us, which was really kind of him, but the photo was a total disaster.

After this, you pretty much swept most of Europe collecting fridge magnets, while I followed you mostly virtually. You’ve dragged me to Budapest, and more recently to Good Old Britain (no one’s complaining!). And then we went for a big one.

Europe was not big enough this time. We were to bathe in the Indian Ocean. And in the Pacific. We were to mingle with elephants. Get more than our fair share of Buddha statues. Experience a quick ride from the sewer-scented Khao San to a luxurious rooftop in but a few minutes. And be amazed by the breath-taking view.

One can tell a leopard by it’s spots, and a Traveller by how quickly he finds something delicious and unique to eat. The internet helped to find a tasty dinner many times, but it was the survival instinct and the nose that found those “cheap-cheap” 7/11 sandwiches. But that’s just an appetizer…